From Perestroika to Global Financial Crisis, From Berlin Wall to “Great Wall” of China, From Sots Art to Pop Art, and from Socialist Realism to Political Pop Art – the show for the first time brings together works by most distinguished contemporary artists whose artistic careers skyrocketed as a result of the geopolitical changes that occurred over the last 20 years.

The show not only focuses on the tangible and visible Berlin Wall that has become a relic of history, but takes a broader viewpoint on historical events of the last few decades. Today one can witness the presence of an invisible wall – as a symbol of brutality, rape, authoritarian regime and human ignorance. It is a wall that deprives our freedom of choice. It had not been easy to dismantle the visible wall but to let the invisible wall go down may be even harder.

Events of the last twenty years, after the fall of the Berlin Wall, have changed the way we live and think. The destruction in 2001 of the World Trade Center in New York City and the beginning of the War on Terror, followed by the World Financial Crisis of 2008 are only some of the events that have created boundaries to our freedom and lifestyle.

Art, as the most deliberate and complex means of communication, can help nations overcome long histories of reciprocal distrust, insularity and conflict. Featured works in the exhibition visually explore an array of multifaceted political and social events, the leap from communism to capitalism (and back), the political and cultural boundaries that separate unified nations, and the roles of influential political leaders of both the West and the East.

The show was organized by Art Next Gallery in collaboration with artfira.com. Art Next Gallery is dedicated to creating an East-West discourse by spotlighting the greatest artistic talents ascending across Asia and emerging here in New York. By featuring both emerging and established artists from Beijing, Shanghai, Seoul, Tokyo, and New York, Art Next offers the Chelsea gallery community a unique confluence of cross-cultural vitality, shifting perspectives, and the newest voices of artistic identity. Art Next Gallery, located in the heart of Chelsea, functions as a gallery and event venue for artists, auctions, and various private events.

Over the Wall exhibition is curated by David Rong and Alex Demko.
A catalogue in English and Chinese will accompany the exhibition. 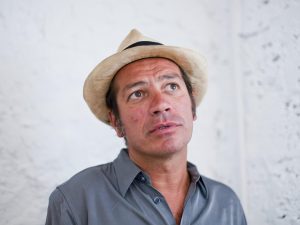 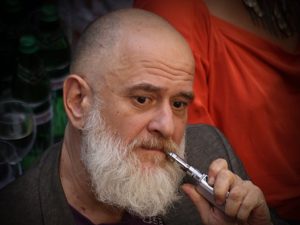